He is a Champion!

I spent last weekend doing one of my favourite things.......watching my son play hockey. It was championship weekend and that means lots of time at the rink.

Being a 'hockey mom' is hard on your heart. When he is on the ice my heart grows in size and it also skips beats. I am so proud of him and also feel every emotion he feels......excitement, panic, satisfaction, disappointment. I do all this as I quietly sit and watch him play.

He leaves for every game with his dad (and coach) and as he walks out the front door he yells back 'see you at the rink mom'! I show up a few minutes before game time so I can watch him warm up. Part of his routine is to scan the stands and find me sitting in my spot. He doesn't wave anymore (he used to when he was younger) but I know that he knows that I am there.

The final game of the season was played on Sunday evening. It was the last time until the fall that I would sit in the stands and quietly cheer him on. It was a close, competitive game. In the end, the victory was his and they won the championship.

I made my way out on the ice (the only parent that did) and made sure that I took some photos to remember the 2010/2011 year.

Here is Jay (in the middle) with one of his defense men and a winger. Jay has played on the same team as #5 for the past 6 years.

Here he is showing off his trophy.

Without me even asking, the entire team gets into formation for a group photo.

I have taken this photo every year that my hubby has coached his team. Last years photo they were the same height!

Another trophy will find its way to the shelf in his room and a medal for 'most dedicated player' will be added to the collection too.

After every game, Jason rides home with me. I tell him how great he played and he always responds the same.....'thanks mom'. I hope he remembers these moments for many years....I know that I will. It was another great season and we are both looking forward to 2011/2012.

This past weekend, Two Scrapbook Friends and the design team hosted another fabulous online crop! This time around the theme of the challenges were all based around TV. Each design team member, plus Joanne and myself, issued a different challenge.

Here is the layout that I posted for my challenge. I chose the TV show 'Happy Days'. This was one of my favourite shows when I was growing up. I used to watch it everyday after school. I scrapbooked a layout of my son Matt. We were visiting a friend and her new puppies. It was definitely a happy day!

Here is my layout for Shelby's challenge. Her TV show was Wild Kingdom. I found these photos from a visit to African Lion Safari. Amanda and Jason rode an elephant. I used papers from the new We R Memory Keepers Fiesta collection! The embellishments are from Imaginisce's Animal Crackers collection!

I used the Animal Kingdom Cricut cartridge to make the elephant. My journaling is hidden on the blue ticket behind a photo.

I used the Graphically Speaking Cricut cartridge for the word 'enjoy' and added stickers from Webster's Pages and chipboard from Basic Grey to finish off my title. I love to mix up the fonts when I make titles. It makes them more interesting.

I used the edge of the die-cut paper from this collection to use as a border on my layout. I added red brads to fill in the spaces.

Here is my layout for Christa's challenge. Her TV show was Glee. We had to use a song title as the title of our layout. I chose to scrapbook some photos of Amanda and Jake playing mini golf. There was a kissing bridge and I managed to snag a few photos. The title of my layout is 'He Kissed A Girl' after the song by Katie Perry (I Kissed A Girl). I used another collection from We R Memory Keepers.

I couldn't resist adding some stitching to the sun die-cut that I cut out of the pattern paper.

I used the embossed stickers that came with the collection and popped them up using foam adhesive. I also used the new Thickers we are carrying in the store.

The online crop was so much fun and the ladies pumped out some fabulous layouts and cards. It is not too late to do the challenges. Be sure to post your work so that we can see what you created.

In February both Amanda and Jason had their wisdom teeth removed on the same day. Many friends told me I was nuts but I wanted it all over in one shot. It actually went really well. The first couple of days really kept me running, but after that is was fine. Both of them recovered very well.

Jason had seen some videos on You Tube and really wanted me to take a video of him after he had his teeth removed. He is a pretty laid back kid with a funny sense of humour. I said that I would try, but no guarantees.

Once I realized that his surgery went well and he was doing okay, I went ahead and recorded a short video. If you know my son at all, this will be extra funny (btw, he uploaded this to You Tube and named the video, not me)

I also have a video of Amanda after her surgery but I am not allowed to post it. Hope you had a good laugh. We watch it over and over and it makes us laugh every time. Love you bud!

I am not exactly sure where last week went. I missed posting my creation for the Add-On sketch for Sketch Support (oops!). I love the add-on sketches and for this one I created a card using fabric for the top of my cupcake!

I cut out different sized circles and frayed the edges a bit. After they were adhered to my background, I added the hand stitching. I used my Cuttlebug to embossed the cupcake wrapper.

This week over at Sketch Support, Allison is showing a new One-Page sketch. I used the January product challenge kit from Two Scrapbook Friends to create my layout (ya, I am running a bit behind).

These photos were taken a few years ago. Jason was obsessed with these little motorcycles (they are called Pocket Rockets). A friend of ours invited us to spend a week at their cottage and they had one the kids could use.

I added some chipboard elements that I won at a crop we had at the store.

The letters that came in the kit were perfect for my title and I added some Loopy Lu letters from Doodlebug to finish it off.

Be sure to pop over to Sketch Support and see what the rest of the design team has created. I think there are over 20 layouts being featured this week.

On the Two Scrapbook Friends forum there are all sorts of fun challenges issued each day by our design team. On Tuesday's they issued a photo challenge. This is one of my favourites. Yesterday, Shelby challenged us to upload a baby photo of ourselves.

Our scanner broke so I just took a photo of my photo and here I am. I am guessing that my 'bad hair days' go back to my childhood.

Happy Thursday everyone! Today is reveal day for me over at Sketch Support! You are going to love the 2-Page sketch and all the inspiration that the DT has provided so far.

I created an Easter themed page using papers from We R Memory Keepers. I also used the Create A Critter cartridge for the rabbit and carrot elements. 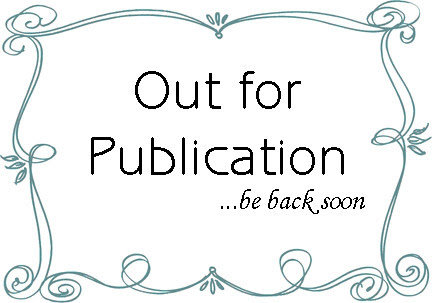 I added some stitching to the rabbit around the ears, nose and cheeks.

I created a grass border and added some zig zag stitching.

My favourite part of the layout (aside from the photos) are the carrots. I stitched the tops and embossed the orange using my Cuttlebug.

Be sure to visit Sketch Support and check out the original sketch and see what the other members of the Design Team have created.

It was brought to my attention (thank goodness for my scrapbook friends) that I have been highlighted on the Jillibean Soup blog!

Check it out here!

Life Has Been Busy!

Life has been super busy lately. Ever since I returned from California it has been a whirlwind. Days at the store just fly by. Product is delivered almost everyday, plans are taking form for Scrapfest and our upcoming Spring Retreat, we just finished hosting 4 sold out CHA Giveaway Crops and the regular flow of our friends stopping by the store to stock up on their favourite supplies.

Life outside the store has been equally as busy! Jason had an out of town hockey tournament in London. I always enjoy attending this event with my favourite goalie and his awesome coach. Amanda celebrated her 19th birthday. I can't believe my first born child is old enough to drink! Yikes. Jason and Amanda both had their wisdom teeth taken out (on the same day). The recovery for both of them went well, but I was a full time nurse for a couple of days. Matt had several dentist appointments in preparation for getting his braces on. Just when we finished with pudding and Slurpees, we were right back at it again.

I have been keeping up with my Design Team work for Sketch Support, but I haven't had time for much else in the way of scrapbooking. The only thing that has kept me going through all of this chaos is my reading time. Every evening before bed I curl up with my Kindle and forget about the pace of the day/week/months. I think is has been a blessing that I have taken up reading.

The first book I read on my Kindle was When Angels Cry. I stumbled across it while looking for another book title. It sounded interesting and was only $1. I just finished it tonight and now I am about to start another book by the same author.

I highly recommend reading as a great stress reliever! Off to my cozy bed to get started on the next one!

This week at Sketch Support they are releasing a new card sketch. It is a great sketch for birthday themed cards, and who doesn't need birthday cards?

Here is my take on the sketch!

Be sure to stop over to the Sketch Support site and check out all the variations and be inspired.