Christmas is over and we are on the doorstep of a brand new year. 2011 was a great year for me with lots and lots to be thankful for. I wanted to do a few posts on some of the Christmas gifts that I received this year. It was one of the most 'meaningful gift' Christmas's I have had in a very long time.

My friend and business partner is the person that I spend the most time with during any given week. She sees me at my best and my worst. She knows my likes and dislikes. She also has to put up with my constant rambling about my favourite hockey team.....and she doesn't even like hockey. That is what makes this gift so very special.

It is my very own Kitchener Rangers stocking.....with my name on it. 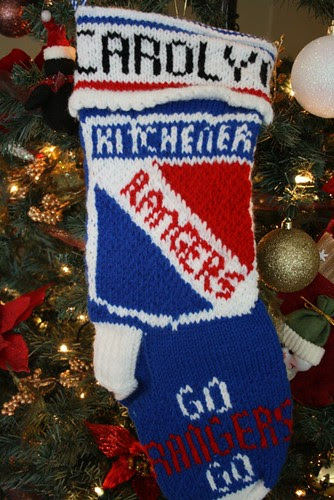 I was in total shock when I opened it and the first thing that popped out of my mouth was 'did you make this'? She quickly told me no, but that she did have it made for me. 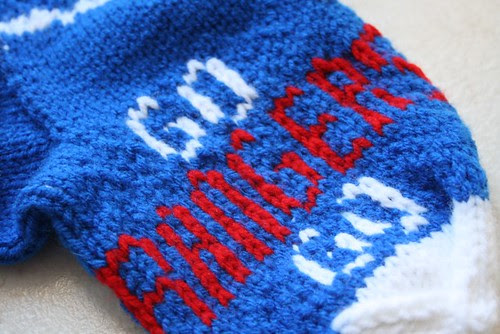 She was at Wendy's (a local burger restaurant) and saw a similar stocking hanging there. She inquired about it and found out that someone that works there had made it. 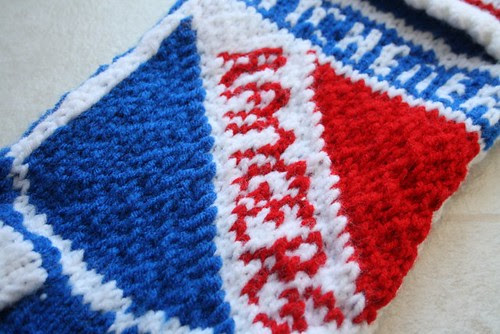 Joanne frequented the restaurant until she connected with the artist and asked her if she would make one for a gift (for me, lol)! The woman said she had never made one for anyone else before and wasn't even sure she would have the time. Joanne begged and begged. 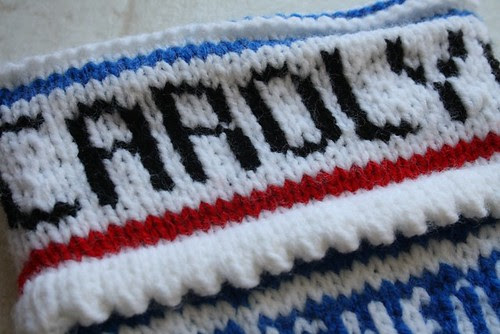 The fact that anyone would do something that nice for me makes this gift very special. 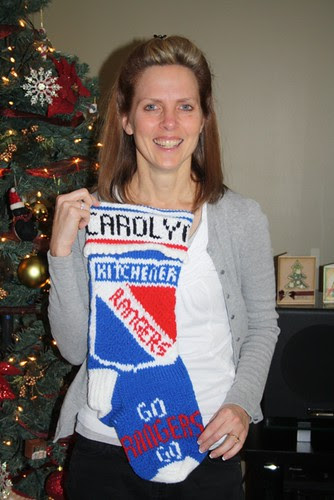 I will cherish this gift for Christmas's to come. Joanne, you are an amazing friend. The only thing that would have made it any better would have been if it was autographed by the team. Maybe you are saving that for next year.....a girl can always hope :)